In 2008, I spent one month in Ecuador, doing volunteer work with a friend in Arutam, a village of the Shuar indians. It was an extraordinary adventure and experience.

When our time in Arutam was up, we still had a few days before we had to head back home. We decided to visit the Pacific coast. One of the volunteers recommended the town of Puerto Lopez as a destination.

This photo was captured there, and it remains one of my favourites until today. The previous day, during an early walk on the beach, I noticed a whirling cloud of large, black birds in the distance. When I got closer, I saw that the birds were attracted by the catch of a couple of fishermen. The fish were being unloaded from the boats in large, open boxes, and the birds performed acrobatic stoops in attempts to fetch their share. It was a captivating sight, and I cursed myself for exceptionally not having my camera with me. I decided to return the following day in the hope that the same scene would unfold again.

And it did, but this time there were also children nearby, a group of friends, who got interested in the rare sight of us, foreigners. They curiously approached us. They were very friendly, and I managed to keep up a conversation with them with my broken Spanish. Meanwhile, I anxiously kept my eyes on the fishermen and the birds, worried that I might miss the perfect moment. And then suddenly I realized that I have now a far stronger scene with the children in the foreground. They were more than happy to pose for a few shots when I asked them to do so. Even a curious dog joined for a moment!

The equipment I used was a Canon 500N (aka EOS KISS or EOS Rebel G) film camera with an older (now discontinued) Canon EF 28mm f/2.8 lens. The film was an expired roll of colour Kodak that I bought somewhere in Ecuador.

I got the film developed back home in a photo lab and I got my favorite frame scanned in high resolution. I did B&W conversion in Lightroom.

Here are three other frames from the same roll from that day: 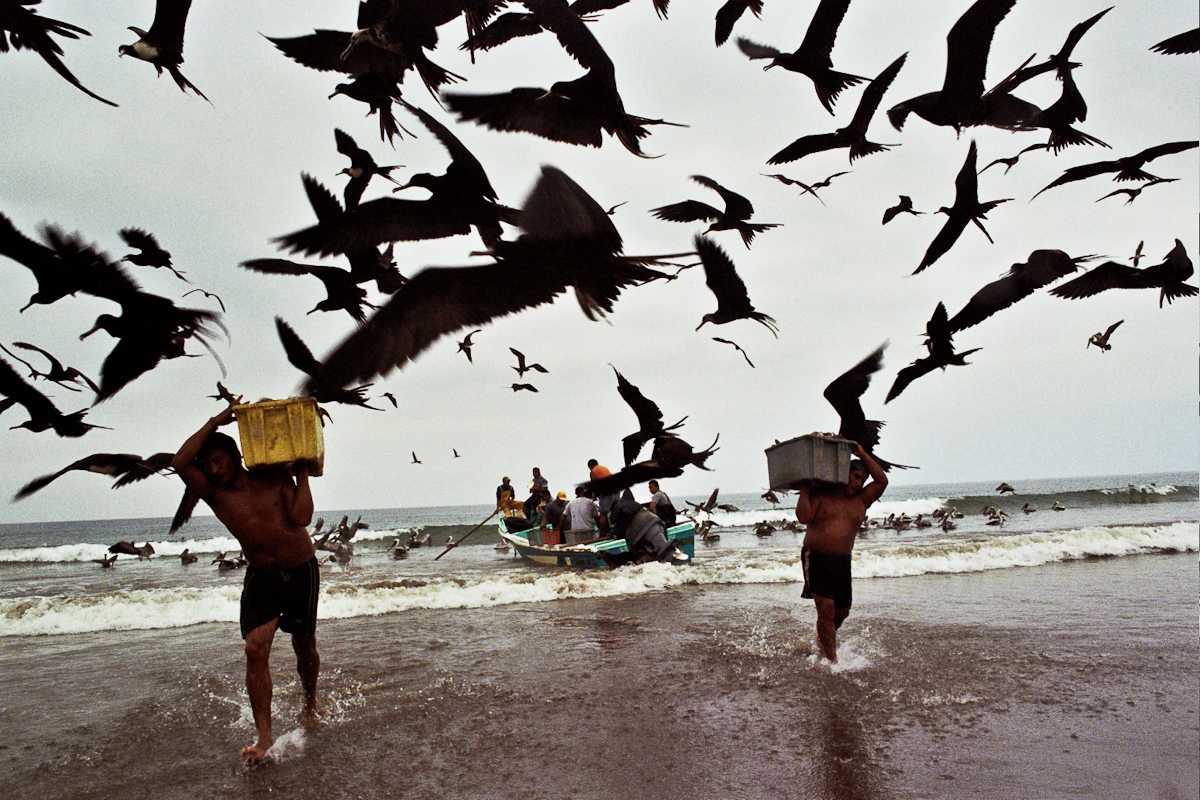 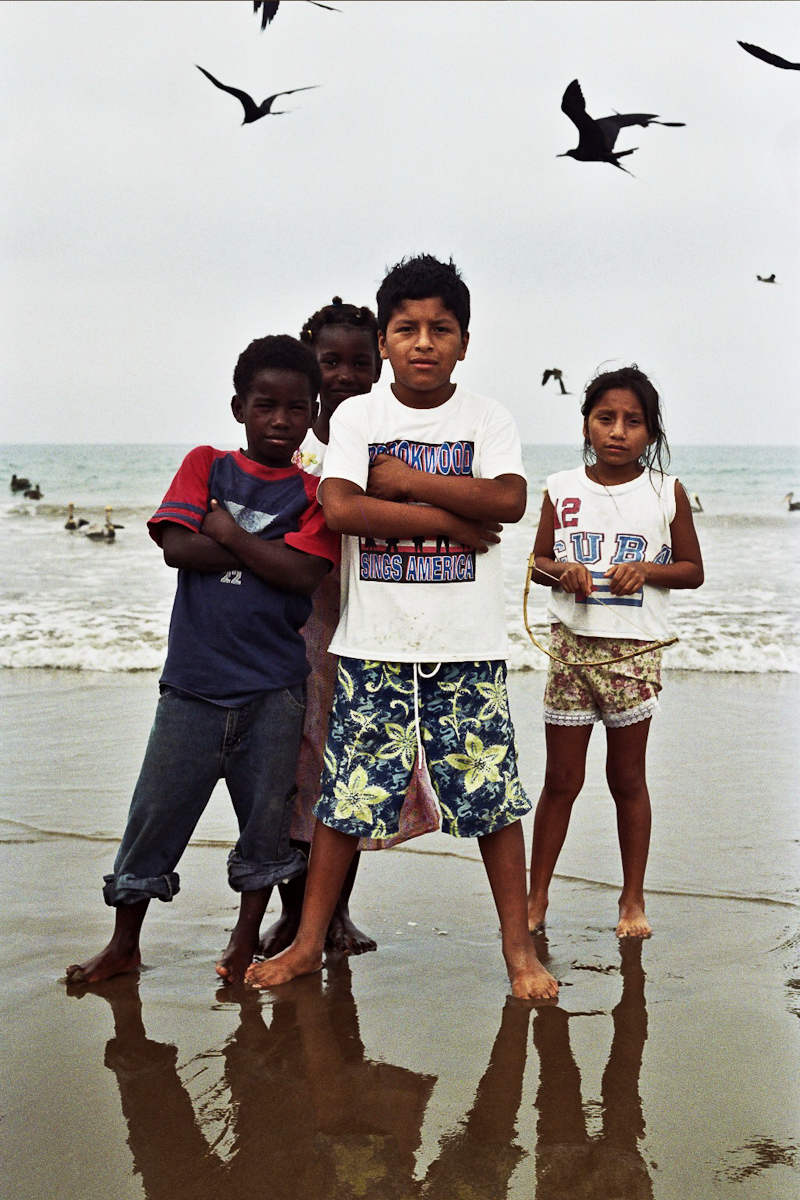 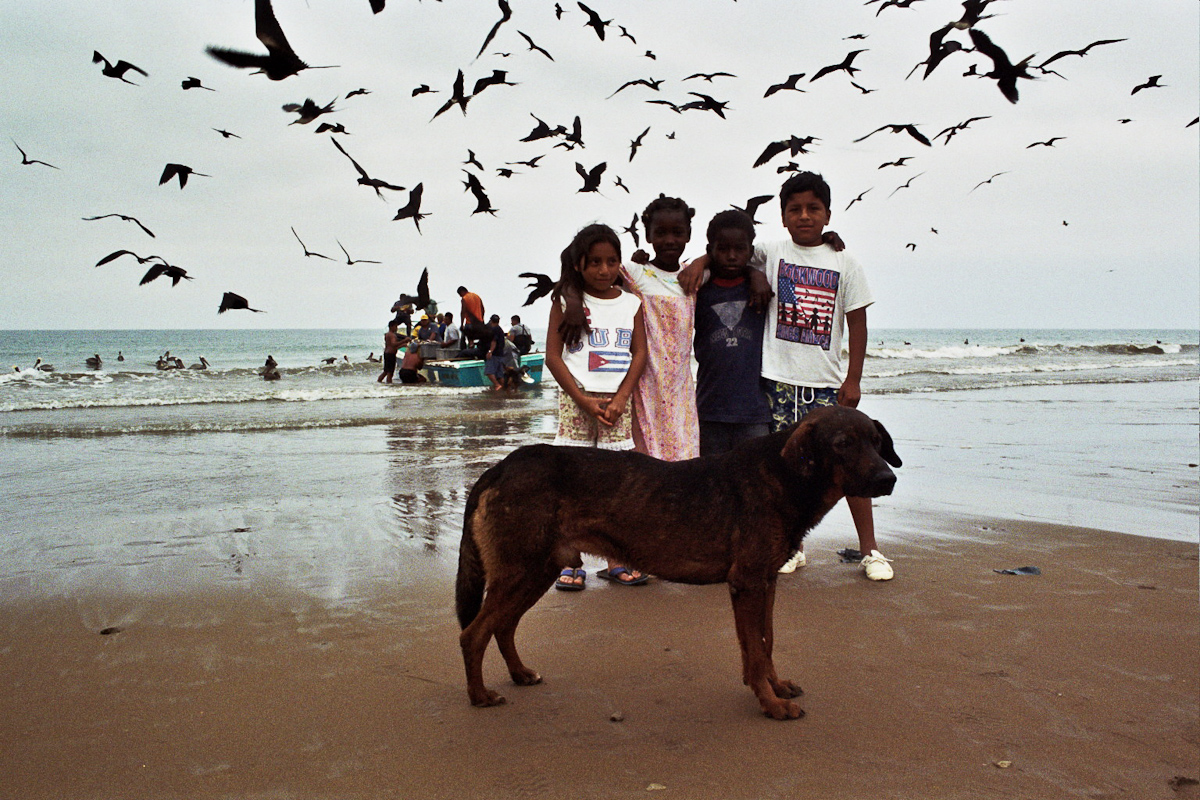